Lagos Exchange was led by New York-based artist and architect Olalekan Jeyifous and the Lagosian writer Wale Lawal. The workshop questioned the African ‘megacity’ hypothesis, a stereotypical concept of African cities as overgrown, dysfunctional and pathological. Jeyifous’ Shantytown Megastructure project considers the view that slums are eyesores and should be bulldozed, which often leaves inhabitants displaced. It imagines a future for Lagos in which the dispossessed are given prominence in a heterotopian and ‘solar-punk’ vision that celebrates the resilient practices of reuse and sustainability, as well as the highly self-organised nature of these communities. The workshop resulted in the creation of an interactive 360-degree virtual reality installation – which forms part of this exhibtion – to further explore the interiority of these future communities. It also included site visits with graduate students from the architecture programme at the Federal University of Lagos, a programme that explored various informal markets and settlements and documented their organisational hierarchies, cultural phenomena, situations, contexts and events.

Michael Adebamowo (dean of the Department of Architecture, Federal University of Lagos)

A.K. Adebayo, PhD (associate professor and head of the Department of Architecture, Federal University of Lagos) 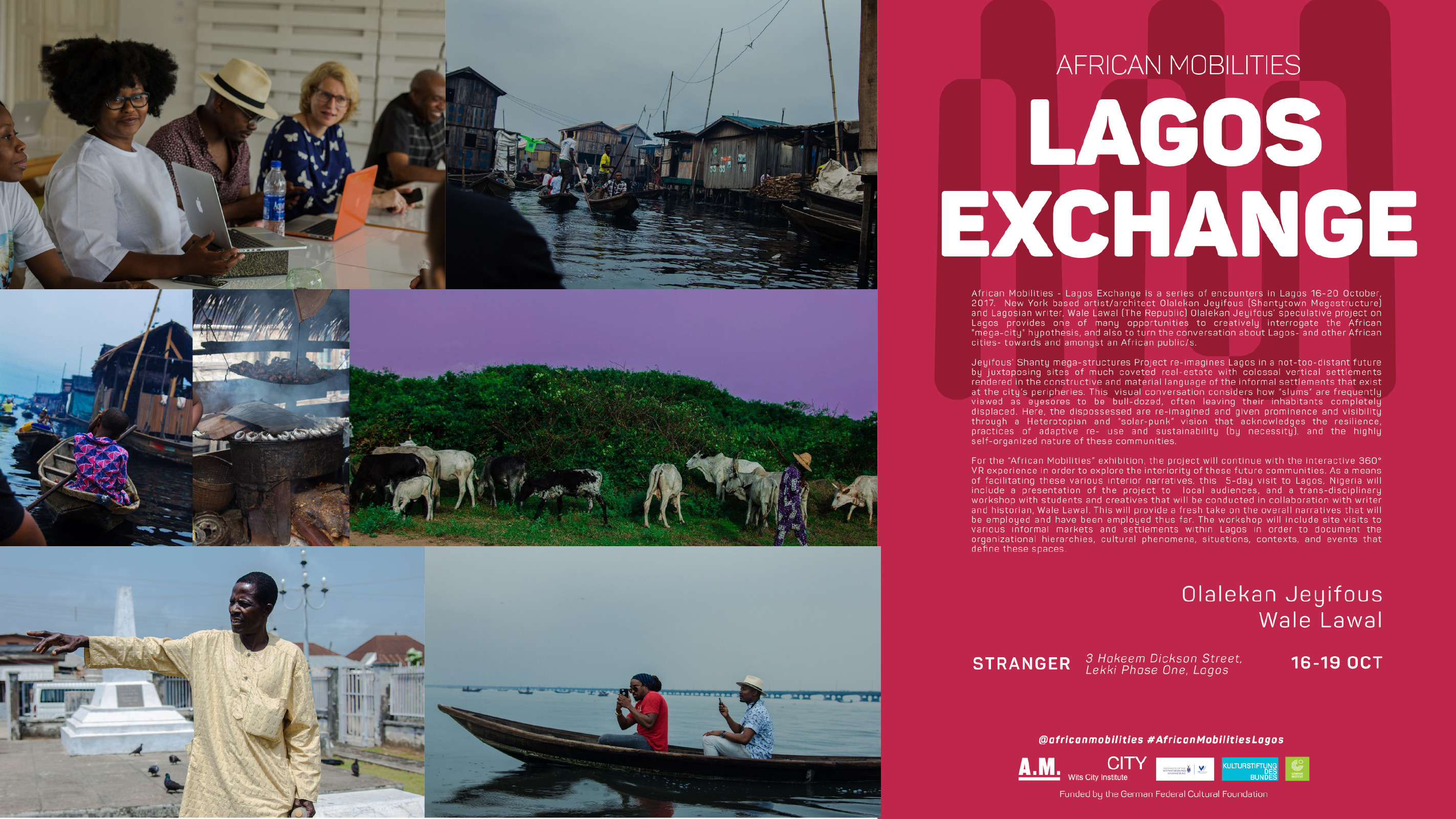