‘Given the viciousness of policing and disruptive legacy of urban renewal, how can we map the im/mobilities of the black resident in relation to the BLM protests?’

New York Exchange brought together artists, writers, urbanists and architects from around the world to discuss how policing, the legacy of urban renewal, and other pressures of the modern neo-liberal city disrupt black urban mobility. The workshop was hosted by Global Africa Lab from Columbia University’s Graduate School of Architecture, Planning and Preservation (GSAPP) and Gavin Brown’s Enterprise. It looked at how spaces of the Afro-Imaginary guide counter-efforts launched to resist and refuse the violent immobilisation of black urban residents. It took its cues from the 2015 Black Lives Matters (BLM) protesters who marched across the Brooklyn Bridge shouting ‘Shut it down!’ and halted traffic as they demanded justice for the murders of black residents by police officers. Many of the murders of black men and women by police – such as the killing of Sandra Bland, Michael Brown and Philando Castile – occurred while they were travelling by car or walking along a public street. For the BLM movement, city streets and highways have functioned as vital arenas of protest and resistance, a potent strategy of reappropriation, given that the construction of highways deliberately eradicated many black neighborhoods during the era of urban renewal.

We thank Dean Amale Andraos and Columbia University’s Graduate School of Architecture, Planning and Preservation (GSAPP) for their support. 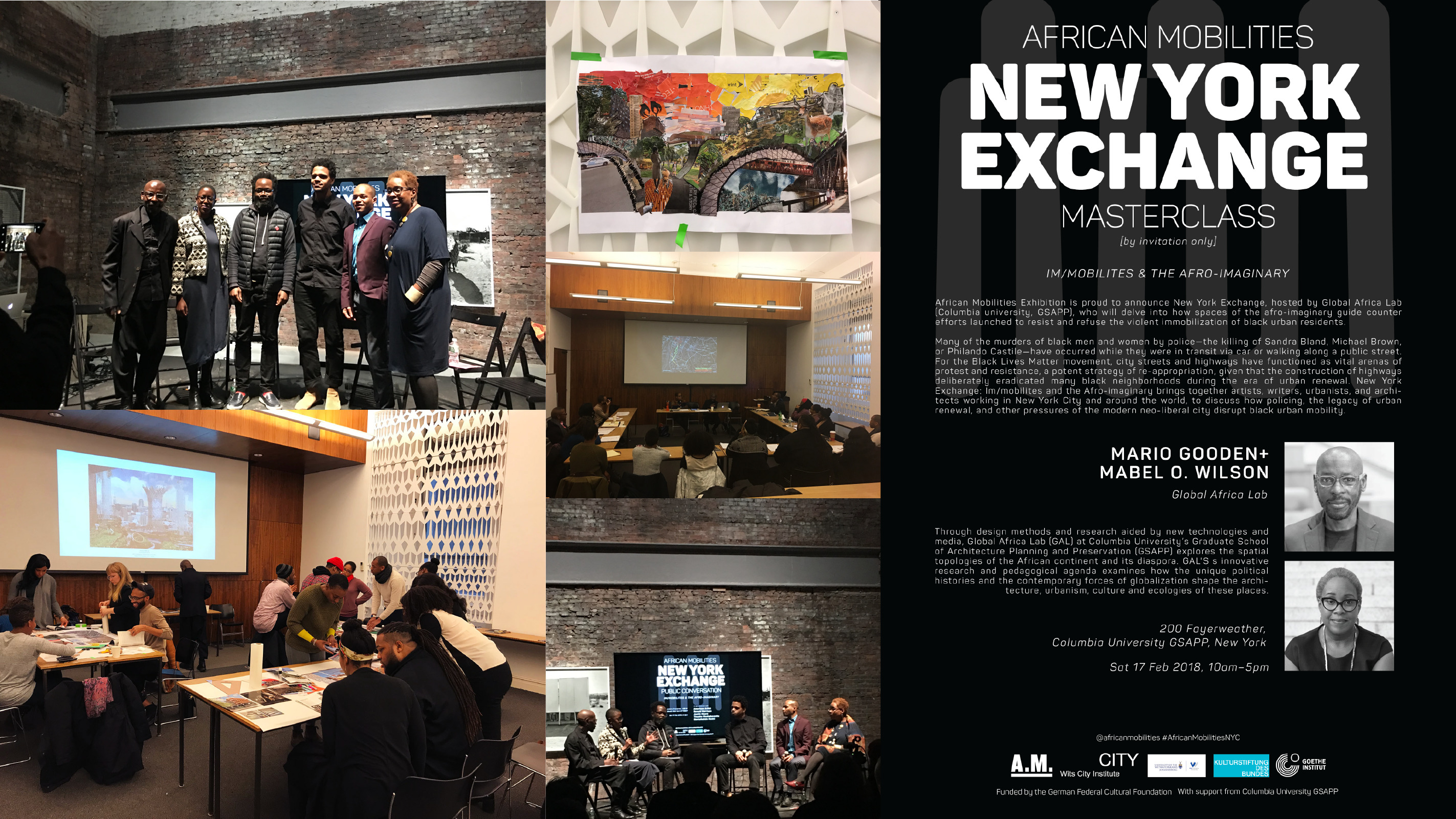