For Praia Exchange, the architect Patricia ‘Patti’ Anahory and artist César Schofield Cardoso teamed up with curator Paula Nascimento to explore the links between Luanda, Angola, and Praia, Cape Verde, beyond the constructed notion of a ‘Lusophone heritage’ and a linguistic connection. Narratives have provided the foundations for fixing the relationship between geography and (cultural) identity. Rhetoric and myths have been anchors in the definition(s) of Cape Verde as a strategic territorial location for previously powerful nations. These narratives have shaped perceptions of its proximities and distances from the continent of Africa and the rest of the world, and they have also given rise to imaginaries of Cape Verde’s belonging and difference. Luanda, on the other hand, is a city composed of different cities, pockets of cultures and identities and histories that are denied and erased from mainstream national narratives. 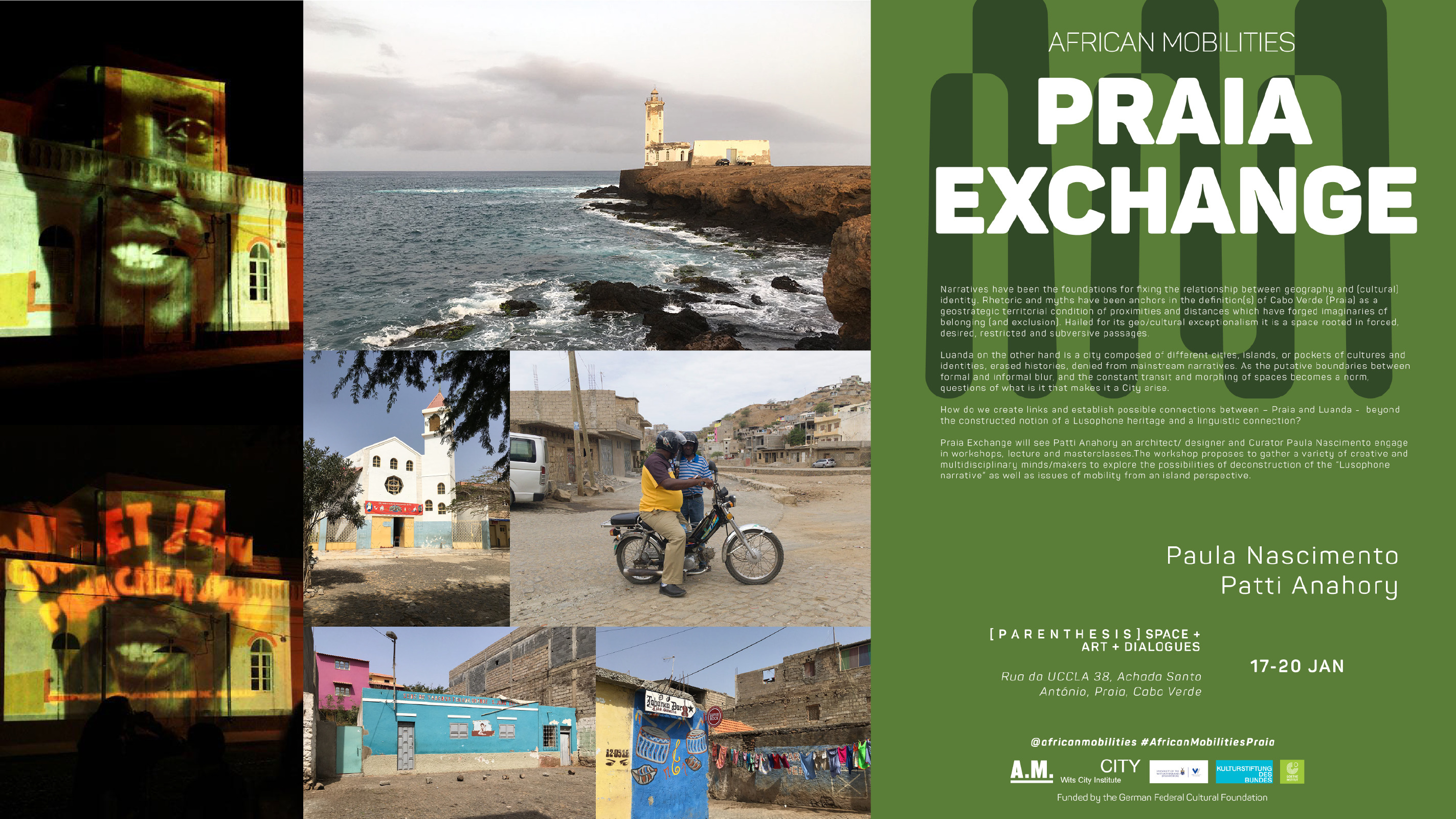